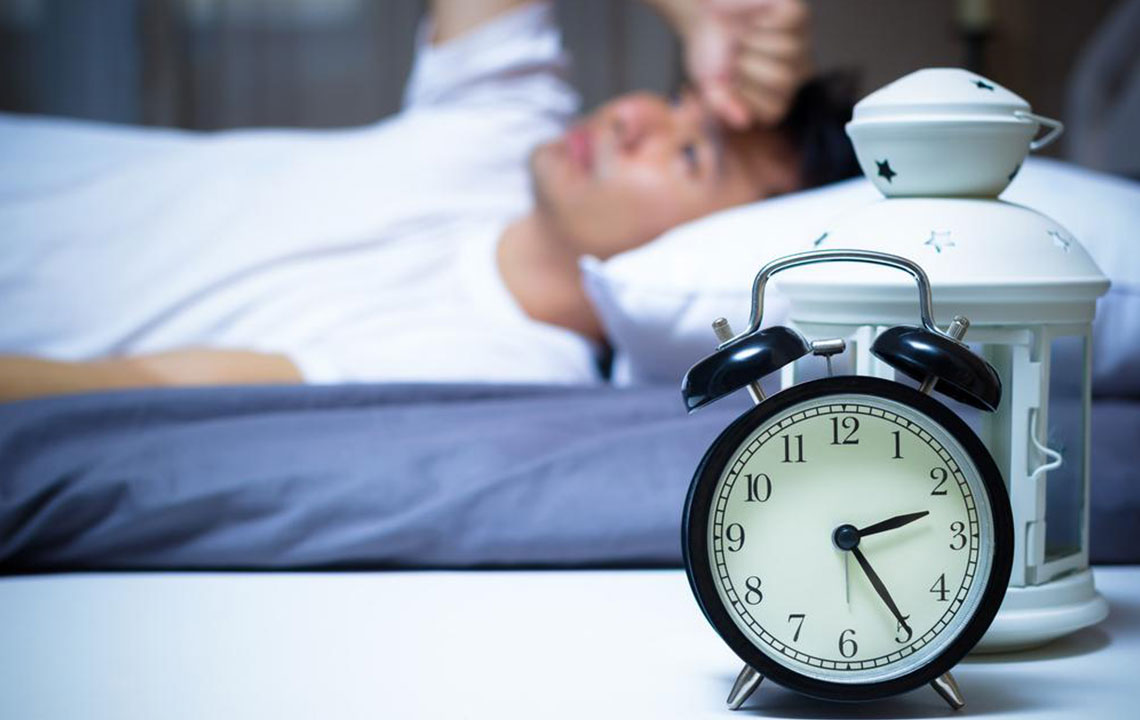 An adult should get a good, uninterrupted sleep of 7–8 hours to stay healthy. Any sleep disorders may lead to either having more sleep or having less sleep. The 5 common types of disorders related to sleep are discussed below:

Sleep apnea: This is a sleep disorder where the normal breathing is affected while you are asleep. It is mostly associated with snoring. This might result in you awakening at night which you may or may not remember. Lack of sleep will leave you tired and drowsy during the day. This curable disorder is of two types.
a) Obstructive Sleep Apnea: Breathing is disrupted because of the intermitted relaxation of the throat which blocks the airway during sleep. It is most common in people who are obese with thick throats or those suffering from tonsillitis. It is potentially serious as it exerts a larger pressure on the respiratory system to pull in air into the body.
b) Central Sleep Apnea: This type of apnea disrupts the breathing very frequently during sleep due to the way of brain functions. This is less common and may be caused as a result of a heart failure or a stroke. This may also be a result of sleeping in high altitude conditions.

Somnia: This is a medical condition that is related to the ability to sleep. There are mainly 3 types:
a) Insomnia: This is a sleep disorder that is characterized by lack of ability to sleep. This may be a result of either a mental stress or physical condition like jet lag, a medical condition, or due to excessive caffeine intake.
b) Hypersomnia: This is excessive sleepiness where it is hard to stay awake even during the day.
c) Parasomnias: This is characterized by disturbed sleep which may be due to nightmares, night terrors, sleepwalking, bedwetting, confusional arousals, etc.

Narcolepsy: This is a neurological sleep disorder that may be a result of dysfunction of a brain mechanism that controls the function of sleeping and waking. It is characterized by excessive and uncontrollable sleep during the day and may even lead to having “sleep attacks” while you are wide awake and in the middle of a conversation or on the job.

Involuntary movement of the limbs during sleep: One might have the tendency to throw his hands or legs unintentionally, usually on the person sleeping next to him. This is also a sleep disorder and includes two types:
a) Restless legs syndrome (RLS): This is usually associated with the posture or a body ache that is causing discomfort during your sleep.
b) Periodic limb movement disorder (PLMD): This is characterized by rhythmic movements of the hands and legs during sleep.

REM sleep behavior disorder (RBD): This is associated with a mild paralysis during allowing the person to “act out” the dreams.